disclaimer: This post was originally written about three weeks ago during a trip to florida. There are no seagulls in Marietta, but there are ferns, with fairies in them.

It’s late afternoon on a Sunday; the shadows are long and cooling, and the breeze coming through the backyard makes you forget how hot it was only an hour or two ago. This moment is the perfect climate for me. The brilliant blue of the sky and the yellow-green of newly sprung leaves, the strange mix of the calls of seagulls and songbirds, the shady mystery of the mass of ferns at the edge the yard all too easily tip towards the ethereal. There are probably fairies in those ferns.

With me here are three boys all devoted to their particular interests: the oldest is engaged in repeatedly pouring sand onto the concrete patio and smoothing it with a steamroller to make a road; the middle son has stripped off all his clothes and is sitting quietly in a wading pool filled with water that is probably too cold even for me to brave; the youngest is sitting next to a container of small toys which he pulls out one at a time, inspects, tastes, then throws aside before moving on the next. As he works, he squeals quietly to himself—it’s his way of carrying on a conversation. He’s the first of the boys to do that. 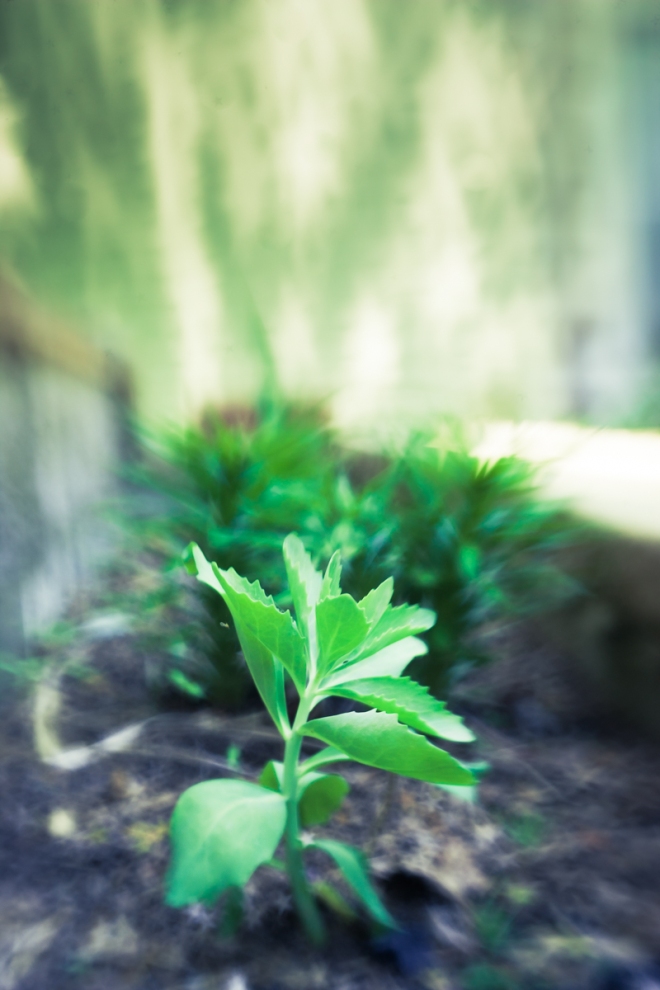 I’ve devoted a lot of time this year to reading more fairy tales, finding they balance a personality that’s too given to cynicism. I’ve been eschewing music that’s intentionally pessimistic and sardonic. This has been out of sheer necessity. You never really think about the worldview behind a particular lyric until you hear your small child sing it to himself. Then you realize the fire you’re playing with in their lives and yours, and you find suddenly that you just don’t have the stomach for it anymore, even when they’re not around.
I recently rambled on the phone to a good friend that I felt like things in my life were becoming “more green and blue”. This doesn’t really make sense, and I realized it after I said it but then couldn’t really articulate what on Earth I meant by it. I’m not a synesthete (though I probably could be if I tried hard enough; F# major is burgundy.) but the Myers-Briggs says I’m intuitive and I suppose that means I occasionally feel things that can’t really be described in words. My favorite colors are blues and greens and have been all my life (except for a brief obsession with pink) so the association is one of returning to beauty, loveliness, and a sense of innocent wonder. I attribute this partially to the fairy tales and partially to the sublime music of a friend, and partially again to the much-needed arrival of Spring and the climate of perfection I described earlier.
I have a board on Pinterest that is titled, simply, “LOVE”. It’s for things that—wait for it—I love. Like really, really love. I have strict rules of admission: I have to literally gasp or hold my breath (I do that sometimes) when I see the image for it to be included on the board. It’s been interesting to see what has been gathered there. There are more bees that I thought, not as many owls as I thought, and lots and lots of greens and blues. And a little bit of pink. Some things don’t really change, I guess.

There’s been very little variance in the weather since we’ve returned home; every day has greeted us with the same grey, dismal, rainy, slightly clammy climate. I’ve been gone for the majority of the past six weeks in some sort of never-ending road trip (and I’m sort of wishing I were headed off someplace again.) Sometimes I have to remind myself that the weather here is not always like this.

The lovely part of the dismal days is how the greyness pairs with the newly-sprung-green of the leaves. The dreary weather can’t mute that shade of green. It only augments it.

If the month of April has made a ritual of endless rain (April showers and all) then my answer has been this: to come down the stairs to a darkened room, to light a candle, to turn on Timbre’s Moon disc to the first track (listen to it here), to turn on the water for coffee, and to just dwell on the windowpane-framed view of the backyard, overcast, the deep browns and greys overcome by almost flourescent green.

Maybe there should be more to a post than this. Frequently I err on the side of “no one cares to know” concerning these small moments in the day. They are more felt than factual; they are difficult to describe. But today, I shrugged off the misgivings and took pictures instead. It’s my ritual. 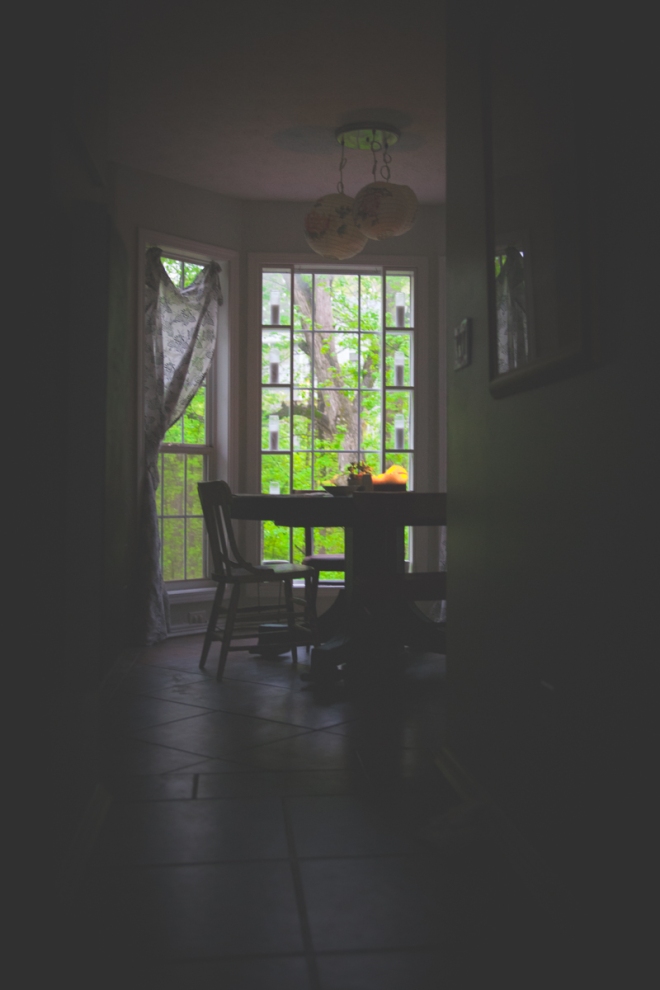